>> My name is Ken Tashiro. My wife and I like to sing, and when we were living on the big island, I was inspired to write this song, and she helped me with the lyrics.

>> It’s “This Land is Your Land,” and it was written by Woody Guthrie, and it was sung by Pete Seeger. And so we took those words, and we made new words for it that applied to Korea. I was in Korea from July 4th, 1950. I was there 1 week after the war started. I was in Japan with the occupation, so this song details all the things that I’ve seen. I started out in Busan, went up to the [INAUDIBLE] and had the first battle and went up to …

>> Okay. All right. And then we went up to North Korea, went to Pyongyang, and then we were 5 or 10 miles south of the Yellow River when the Chinese communists came in, and so we had to retreat, so …

>> Were you part of the Task Force Smith?

>> No. If I had been, I’m afraid I would’ve been dead, but we were … I was fortunate and got back, and got back south of Seoul, and then in June of 1951, I had enough points to rotate to go back to the mainland or to Japan, and since I had almost 10 months left, they had me sent to Japan. Then I got out May of 1952, so I almost spent 5 years in the army. But this song reflected my feelings and the third verse about the people that were killed and about the people who were wounded, and maybe they weren’t wounded in body, but they were wounded in mind or in the soul, so that’s what that came from.

>> Can you take it out, the lyrics, so I could show the lyrics?

>> How long did it take you to write it?

>> You know, here I was so surprised that you wrote against the armies of North Korea and the Chinese commies too. Many of your friends, your comrades in the chapters, they’re Chinese Americans, and, first of all, you as a Japanese American, what did it feel like to you? Because there’s a very complicated relationship between US and Japan at the time because it was right after World War II and Pearl Harbor, and you were here in Hawaii. And then, of course, the Japanese had colonialized Korea before, and so there was that very complicated relationship. So what, as a Japanese American … It’s not like you chose to make all of that happen. It was more political. What, as a young boy, how did it make you feel? It must’ve been so difficult.

>> Well, as a young boy during World War II, the Japanese Americans were evacuated from the West Coast. I was born and raised in California, and we were forced to leave there and go inland. And then we went to a camp in Gila River, Arizona, and we were in camp for 2 years. Then I was sent out because my dad, who was in the 442, he was an [INAUDIBLE], he was in the 442, but it didn’t make any difference. So we had to go to Minneapolis, and I went to high school there. And finally we got back to California, and then in 1947, I volunteered for the army.

>> Why did you want to volunteer? I would’ve been so angry, honestly.

>> And so first, I felt very angry about the war, but then I decided that the war, it’s one of those things. There’s a saying in Japanese. [FOREIGN LANGUAGE]. It means, “Can’t be helped,” but anyway. So I went in the army. I went to army language school. I studied Japanese, and …

>> Did you face any discrimination in Korea?

>> Did you face any discrimination or racism in Korea?

>> Well, yeah. In any situation, because of my face, I was often taken for the enemy, and so one thing that saved me was I knew a lot of swearing in American language. And I’d swear like that, and then they’d say, “Oh, he’s GI.” So, anyway. 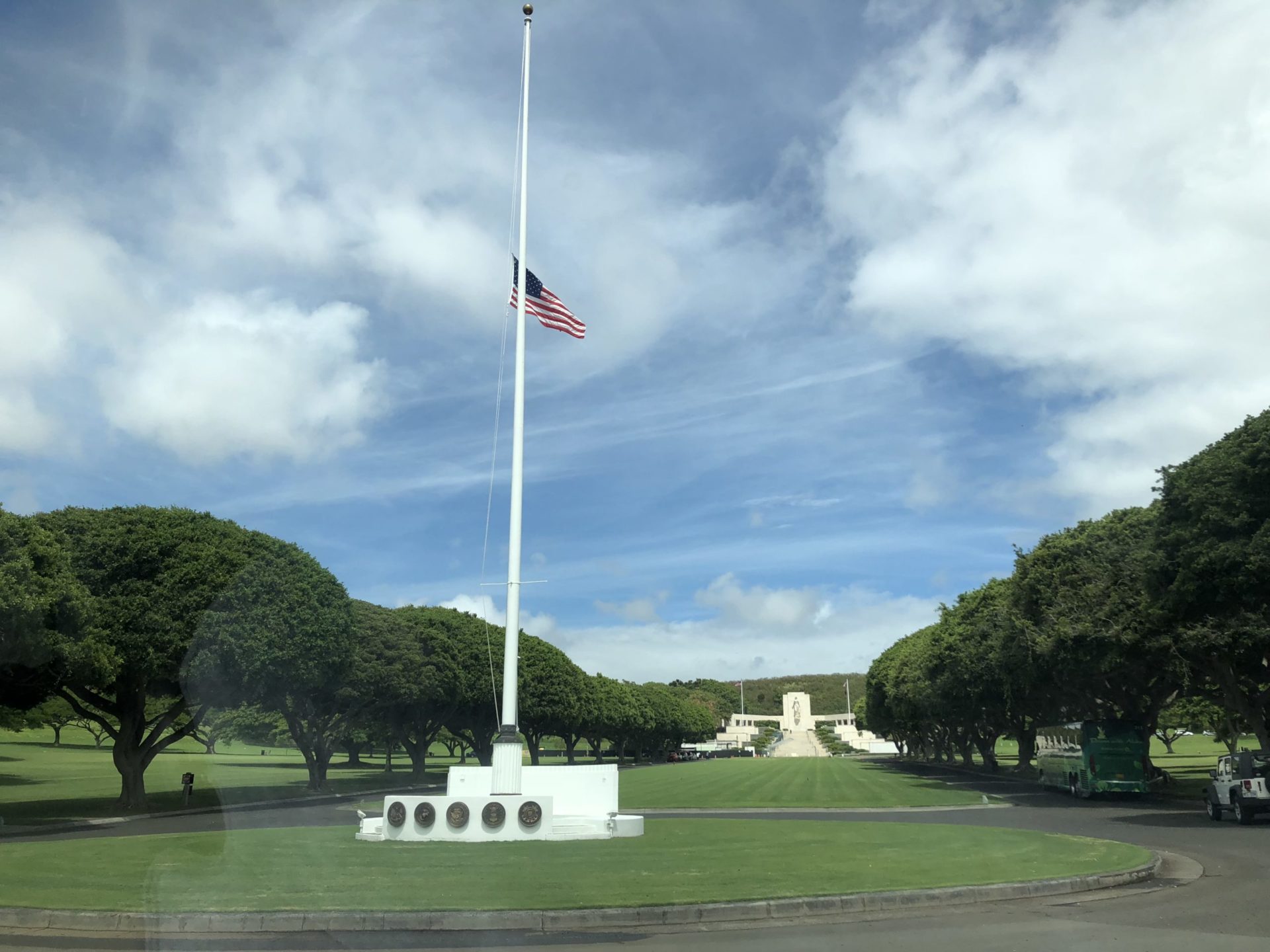