Skip to the content
>> When I was in Korea, the sergeant told me to write pages [INAUDIBLE] for you, and I [INAUDIBLE] restraining regiment, and we had the signal hut which was this one here originally built by the Canadians on hill 355 which I think [INAUDIBLE] are in there. Oh, just jumping. That's when I first arrived in Korea all smart and signal office, and I first arrived there. You see it says, ,"Signal Office." Very naive, not knowing what to do, but, you know, learned very quickly. That's after about 3 months in Korea. See the difference between the smartness one and on after being in the frontline? Being in the frontline, do you see the difference in my dress? That's that. That's during the winter. We was just stuck in the ice. I figured [INAUDIBLE] was but we couldn't move, but we eventually got pulled out by a tank. This here, very difficult to see, very difficult to see, but these two photographs here, the helicopter is coming in to pick up the wounded, [INAUDIBLE] to I think it was the American mesh which we had to call in with coat signs and everything. That's me showing off with American carbine which I swapped with an American which must have frightened the Chinese North Koreans, must not it if they saw me there. This here is a Christmas card left on the barbed wire by the North Koreans and/or Chinese with toothpaste, razor blades, etc, etc, and the wording is very, very, very good because it's aimed in the English colloquial language, so once you start reading it, you understand what it's saying about American Imperialist, things like that. I'm not sure many more photographs that I think was taken in rest somewhere, you see. This is a story run by the Daily Mail in December the 27th, 2013 by a man called Tony Randal about the Korean War. "Bloodbath that nearly drowned the world," and he gives the political aspect of what communism was going to do if it really ran the world. So what I did, I wrapped this in paper, and I wrote this story. I wrote this little thing here which you may want to ... Should I read it? >> Yes. >> I was there. Please keep this for my grandsons, great-grandsons and all the descendants. This is what it looked like, and on many occasions, much worse. I shared a hoochie, a dugout, with other young servicemen, Brian who was 20 years old, a bit older than me. I was 19, and [INAUDIBLE] lived with his gran. One morning, 1952, he said, "I do not want to wake you up because the rats are eating their bars of chocolate, sandbags, next to your head, and I thought if you moved, it would jump on you." At 12:00 that day, he was dead. That's war, and that's what I put, and so I hope that descendants and descendants, descendants, remember. It really was the last real conventional war that there was, not that that made it any good or any better, but that's that. So this can be found in the Daily Mail archives on December the 27th, 2013 by Tony Randal, a historian which reminds people that war never achieves anything. It just takes the lives of young men, the cream of all societies whatever nation they're in. >> [INAUDIBLE] >> That's it. I [INAUDIBLE] national servicemen, but I do say they're just as scared as we are and didn't want to be there any more than we did. I'm glad we could help. Signing off. Young boy. 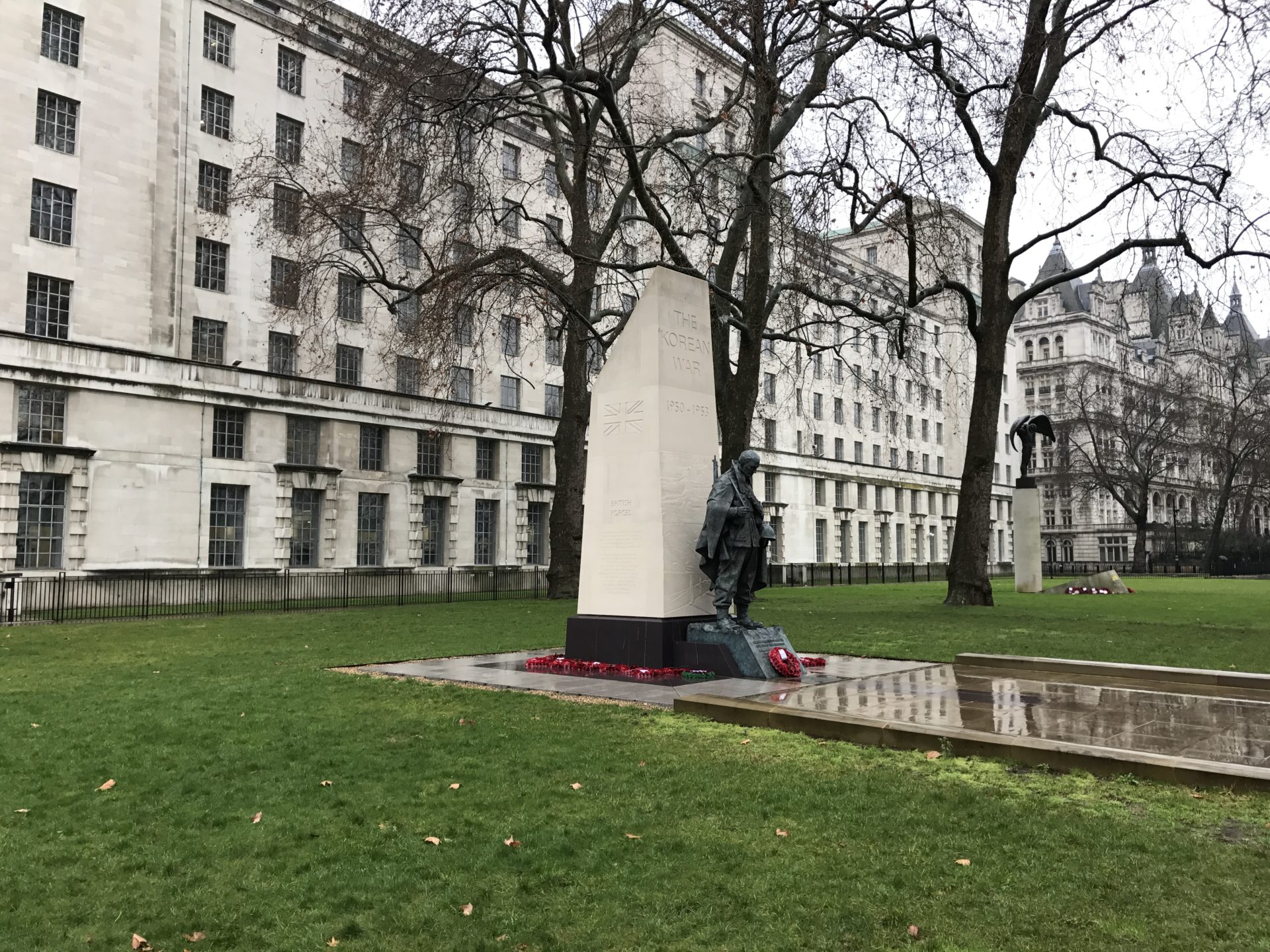