– …Cardónez. About the battles in Korea, I only remember that I was a lifer man, I was, all the time– Most of the times in different lines. When we arrived in Korea with the 63rd Infantry, that was the 6th battalion of the Infantry regiment. And we arrived in Korea on 1 October 1950. So we started going in patrols, because by that time [inaudible] elements, and probably the worst one when China came into the war. There were too many Chinese for us. And I remember that we were, I mean, the first division in the U.S., it was in the [inaudible] war. Is that right?
– Yes.
– So it was November, 1950 when China entered into the war, and the first thing they were trying to do was to finish with the Marines that were taking care of the reservoirs. So, it was winter, 1950. The water was up here, about our knees, and the Chines almost destroyed the Marine division, and the 63rd Infantry were holding the Chinese to help the Marines get out of the– and go to the port of [inaudible] in Korea. So…
– And you were part of that?
– Yeah. The 65th Infantry regiment was the last unit left in North Korea during the US [inaudible] in 1950, and — when we got into the ships that were about 15 or 20 miles in the sea, our regiment put a lot of dynamite in the port, and as soon as we left, they destroyed the [inaudible] in order for the Chinese to use any– for the moment. We were taking to Pusan– everybody was taking to Pusan. And– it was– we went into the ships, it was on 24 December 1950, Christmas time. And we had– they gave us supper on the ship, so we’ve been more– removing our clothes, and when we’re taking into the ships, we were ordered to take our clothes, and they gave us clean ones, clean clothing. So, after taking us to Pusan, they assigned us positions 12 or 15 miles at the North of Pusan. The January 1, 1951, I was assigned to this [inaudible] the 3rd Infantry division. When I stayed for 6 months– July, the same year, I think, 1951, I went back to my company, the Infantry division which was in the front. So, in September, 1951, we were attacking the hill at the west of Ch’orwon, there are hills at the west of Ch’orwon. Ch’orwon is about 20 miles from the parallel, up. And– with the [inaudible], the Chinese were all around, and they were attacking us with urgent. And it was raining like hell. It was in September. And I was trying to– we received orders to leave the place. I was assigned [inaudible] one of that. I don’t think the North Koreans are [inaudible]
– On 18 September 1951, we were capturing one of the hills. As I told you, it was raining like hell, and the artillery, the Chinese artillery all the time, and we were ordered to go back and leave our place. So, there were 12 comrades there already, and I was assigned to carry one of them out. When I was taking care of my comrade, I was hit in the back by Chinese artillery, and I have to leave him, to leave the dead man I was carrying. So, I was taken back to the line, to the resting line, and I was taken to some doctor, and — by that time, I had spent almost 14 months in Korea. And I never went back to the front line. They continued to [inaudible] to take me out of the front lines. So, I entered the Army for three years to volunteer. I can tell you that when I graduated from High-school in my hometown, I entered to work in a drugstore. And on 20 June 1950, I entered to volunteer in the Army to study for officer at the canals in Panama. Five days later, the North Korea, at that time, South Korea, and we were sent to the canal zone, and it was basic training. And when we finished the training, the company commander asked me that they wanted me to stay at the pharmacy in Panama, and I said, “No, I want to go with the Japanese.” So I went volunteering to Korea. I went volunteering in the Army, and volunteering to Korea.
– Why?
– Because at that time, I was 20 years old, and I liked adventures, I liked risky scenes.
– But you could’ve risked your life.
– That was something included in the package. So, I studied three years in the Army, and– get my [inaudible] studying at the University of Puerto Rico. I worked for the government for 23 years, and at the four years studying makes 27, and three years in the Army makes 30. “It’s time to get out of the government.” So, in 1881, I had been working by myself as a lawyer.
– Yes. One more question because you said that you wanted to risk your life for adventure, and you could die. But here, you’re at the cemetery, with comrades who did die. What do you think when you come here?
– Well, we come here because we’re alive to honor them with our visit here. And we do the best we can to have this place as it is.
– Are you glad that you didn’t die, though? I am, I’m glad.
– I’m glad. I’m glad I’m alive. And I– when I saw Korea last September, it was like a miracle because– Korea was all destroyed, and now they have this beautiful country, beautiful Seoul, the capital. And nice people everywhere and I’d like to do there again. Sometime, I will.
– Soon.
– It was nice to have you here, and I hope you enjoy your stay in Puerto Rico.
– Thank you so much. 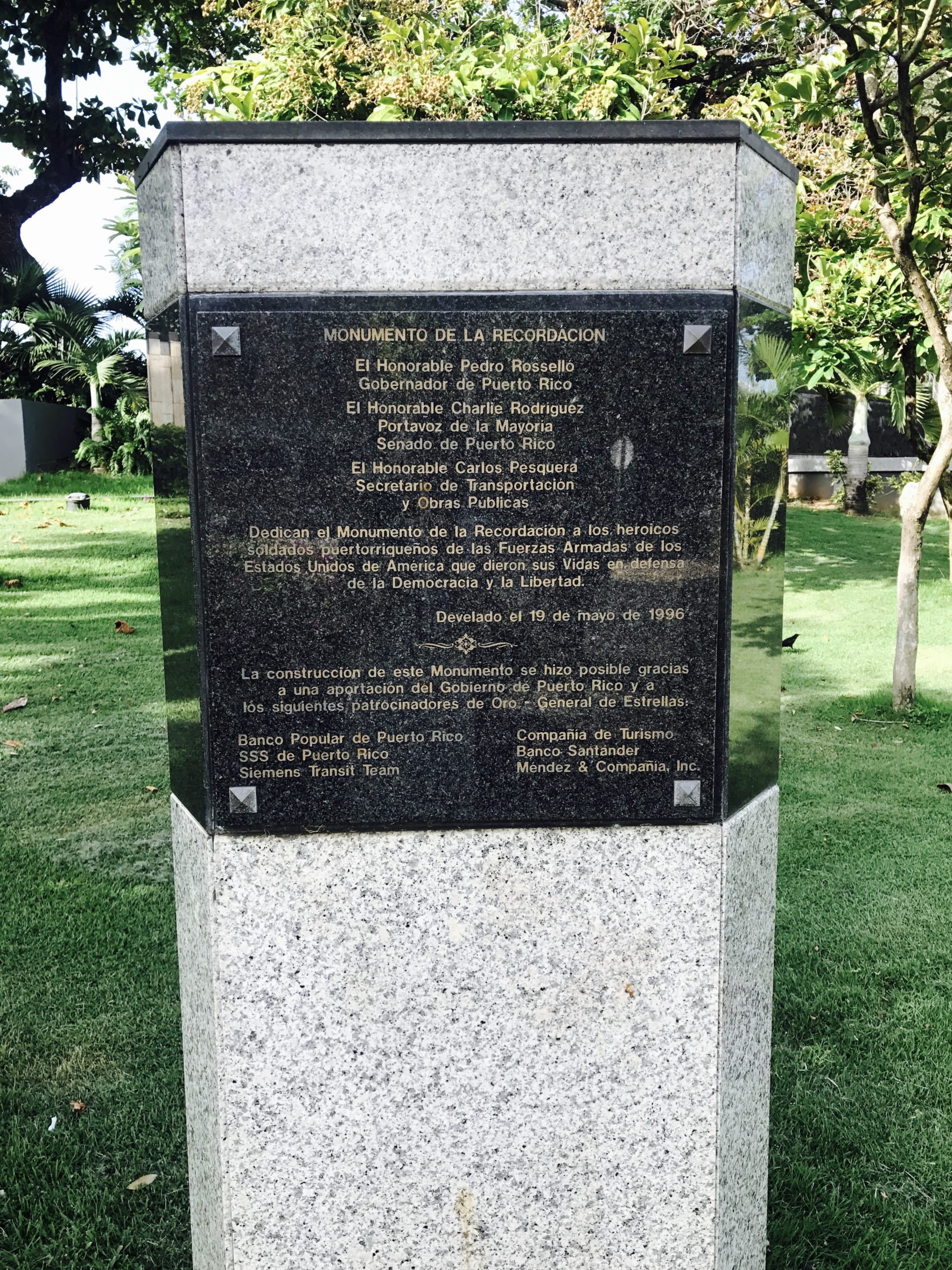