Skip to the content
Commemorating the 70th anniversary of the Korean War
More than 40,000 people from 30 nations worldwide died in the Korean War (June 25, 1950 - July 27, 1953). We honor them as we hope for peace.
Click on a pin on the map above to visit a Korean War Veterans Memorial near you and pay tribute to the veterans and their fallen comrades. You can also explore these featured memorials and stories: 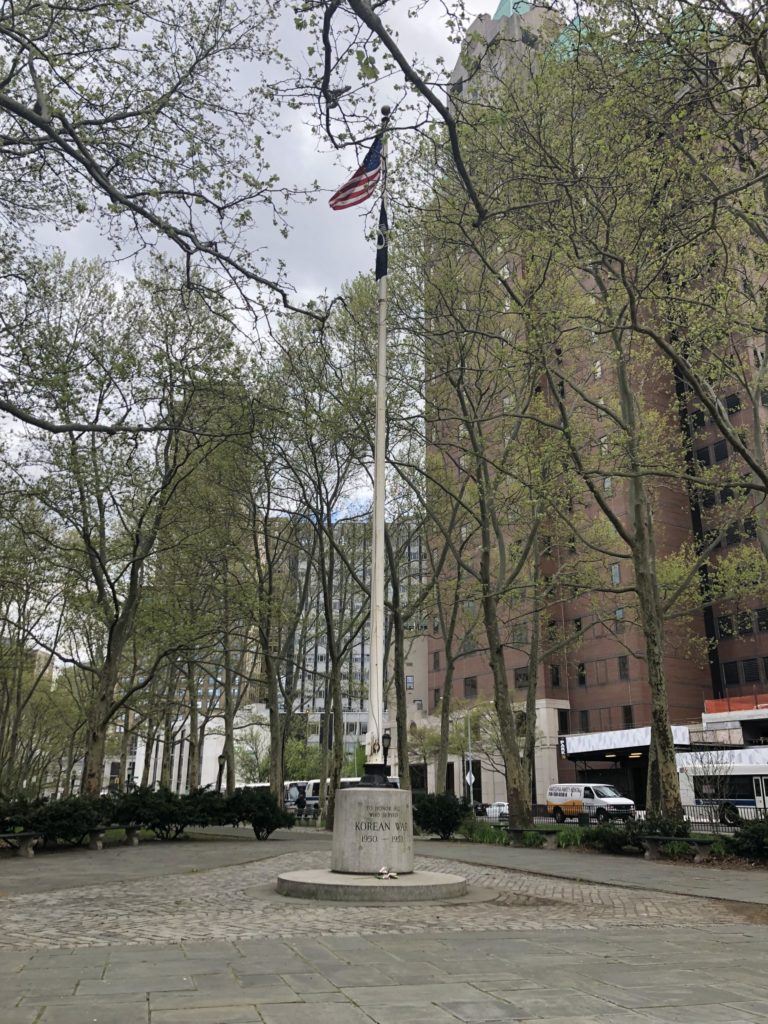 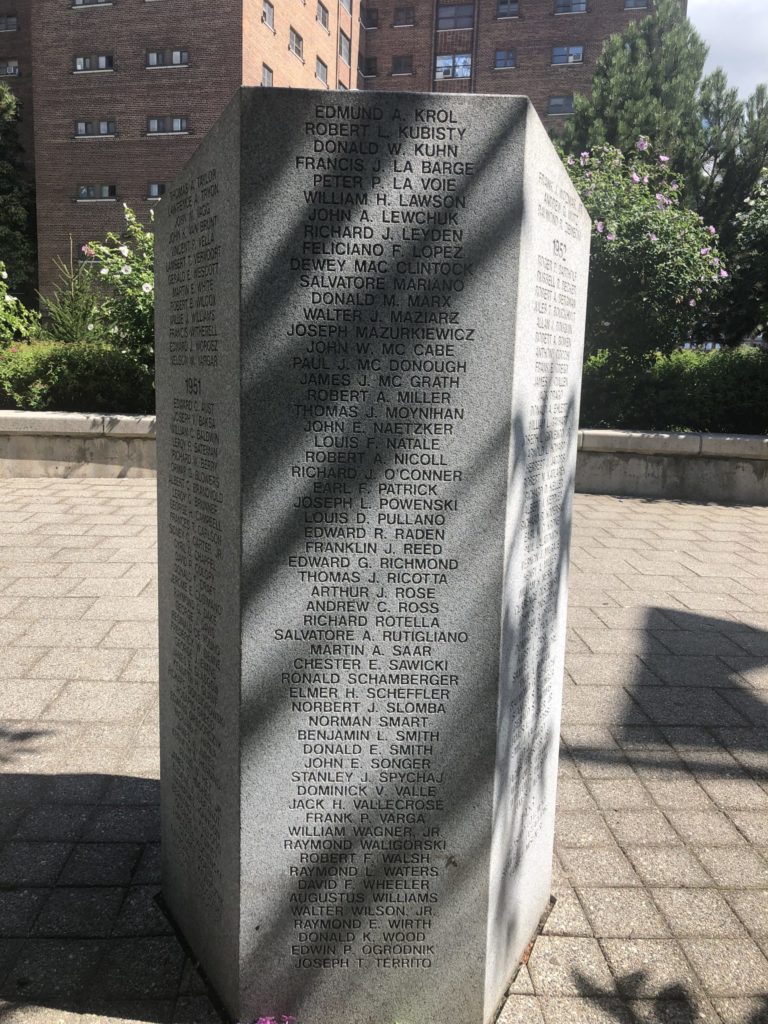 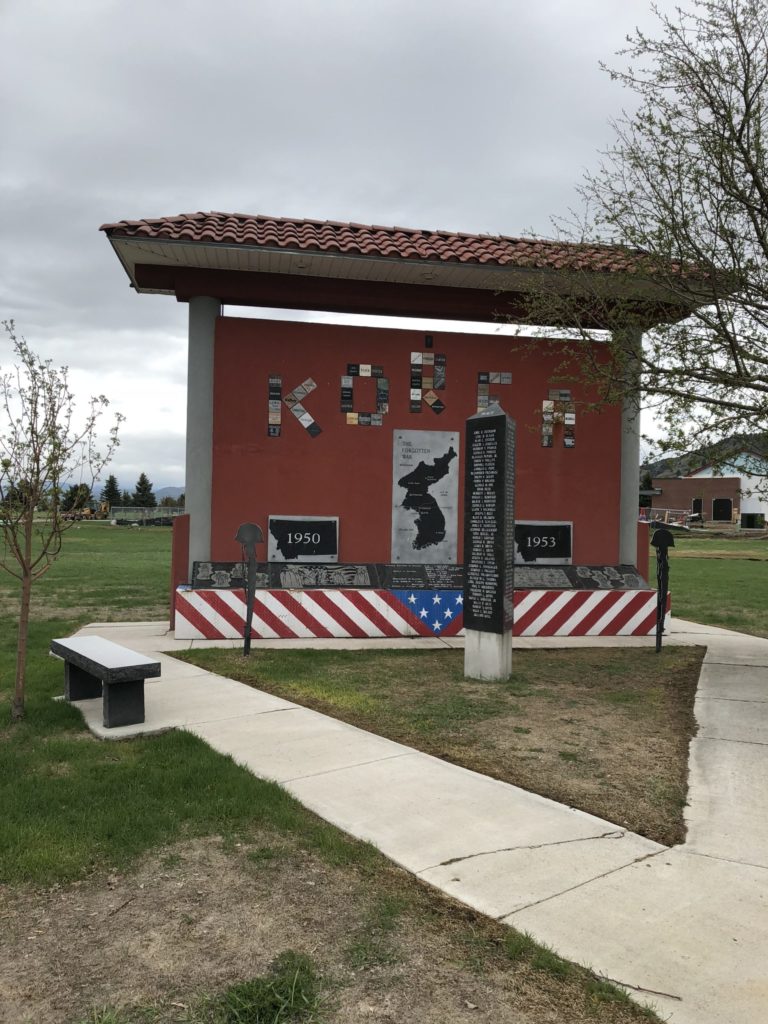 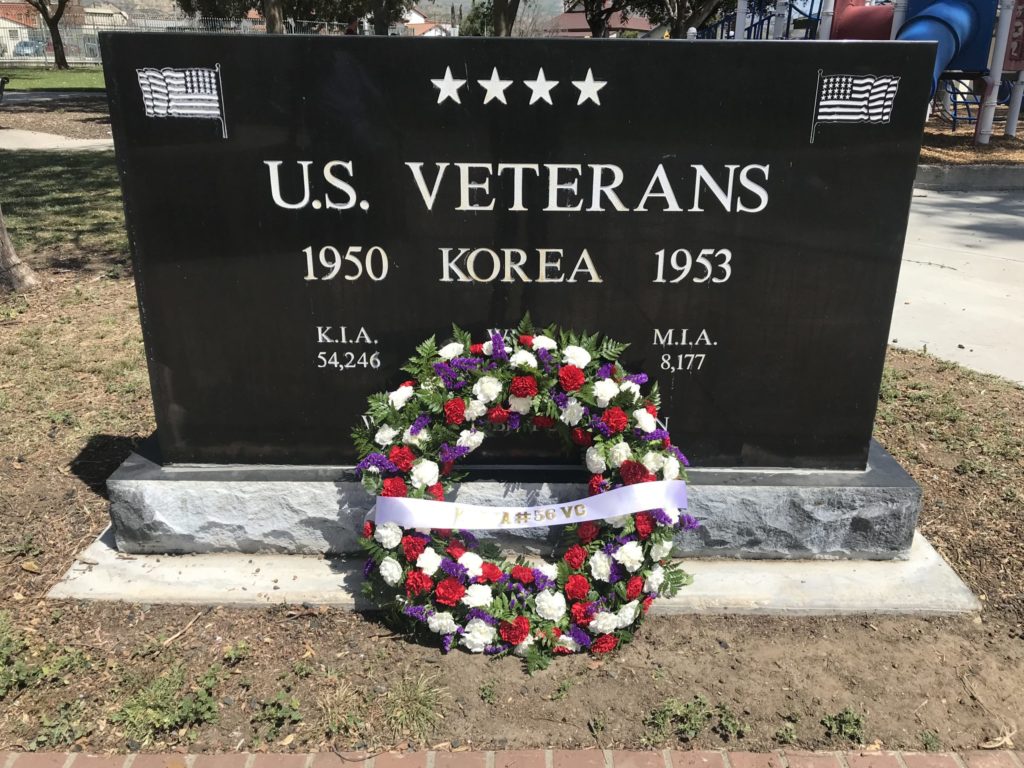 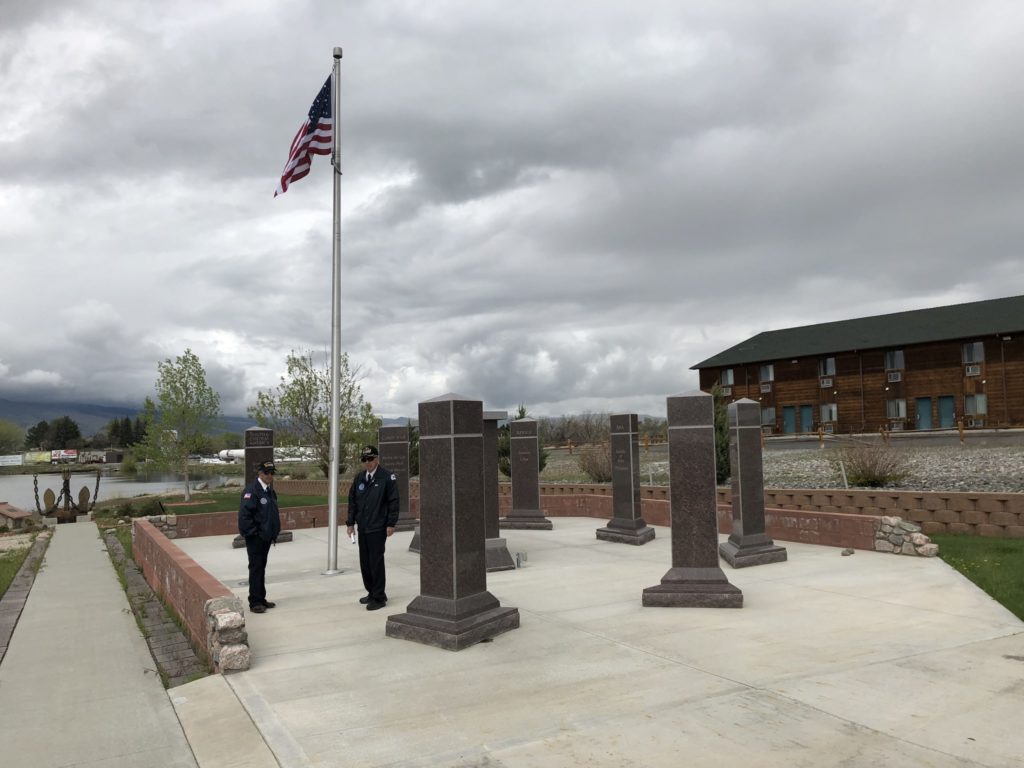 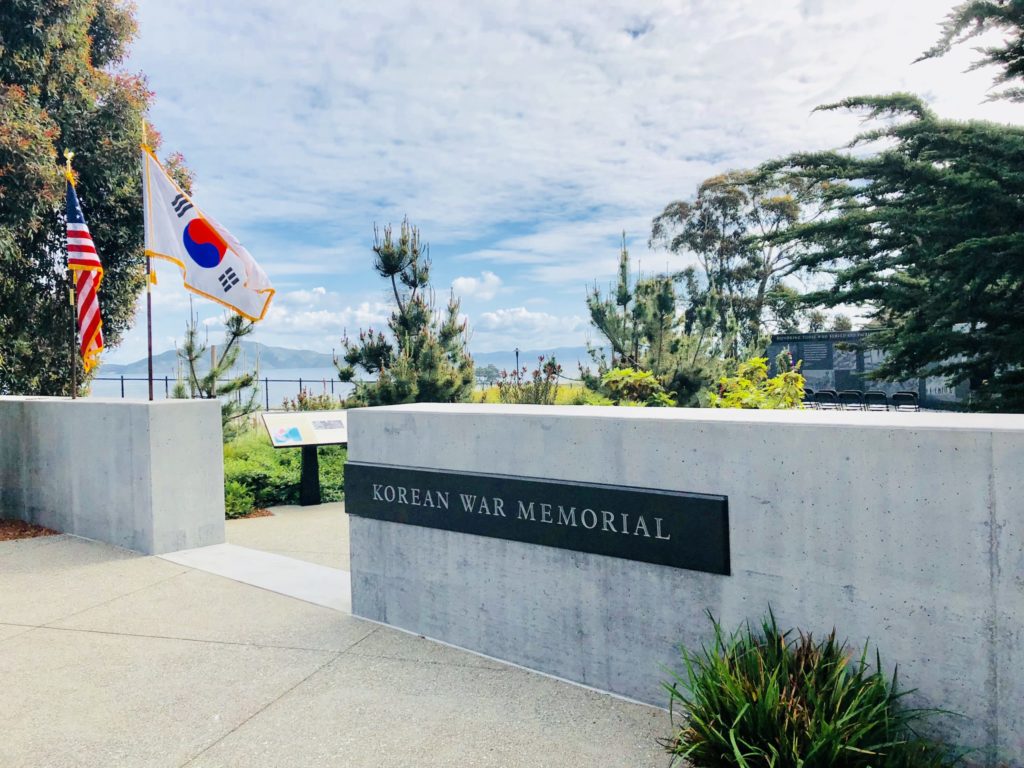 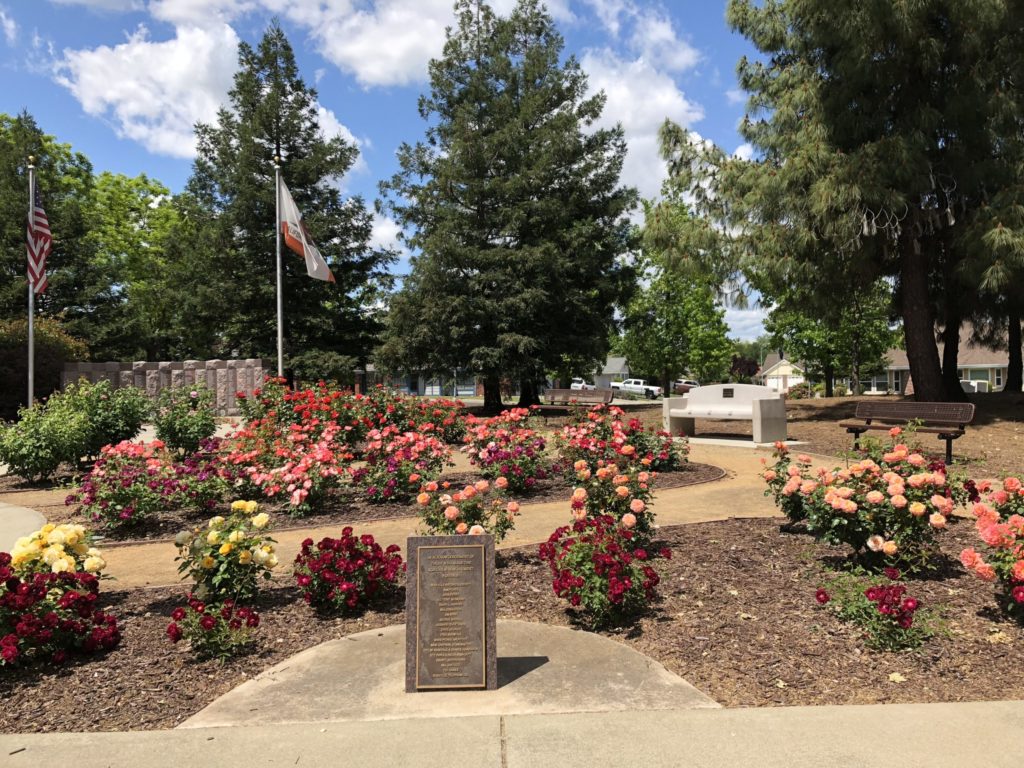 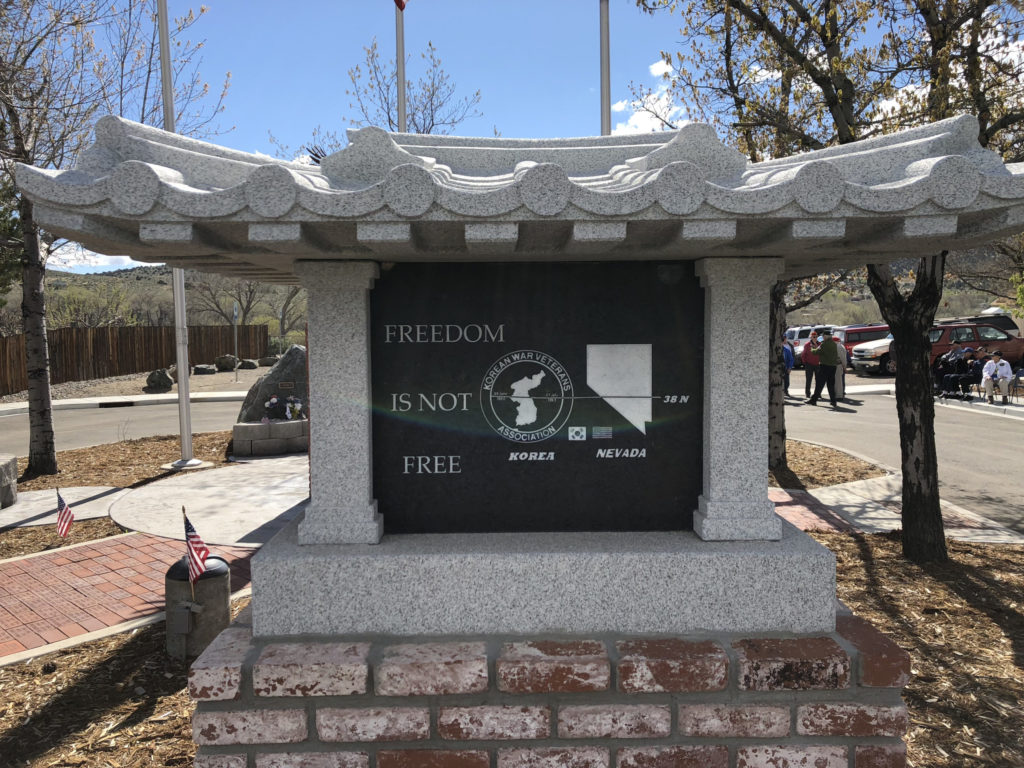 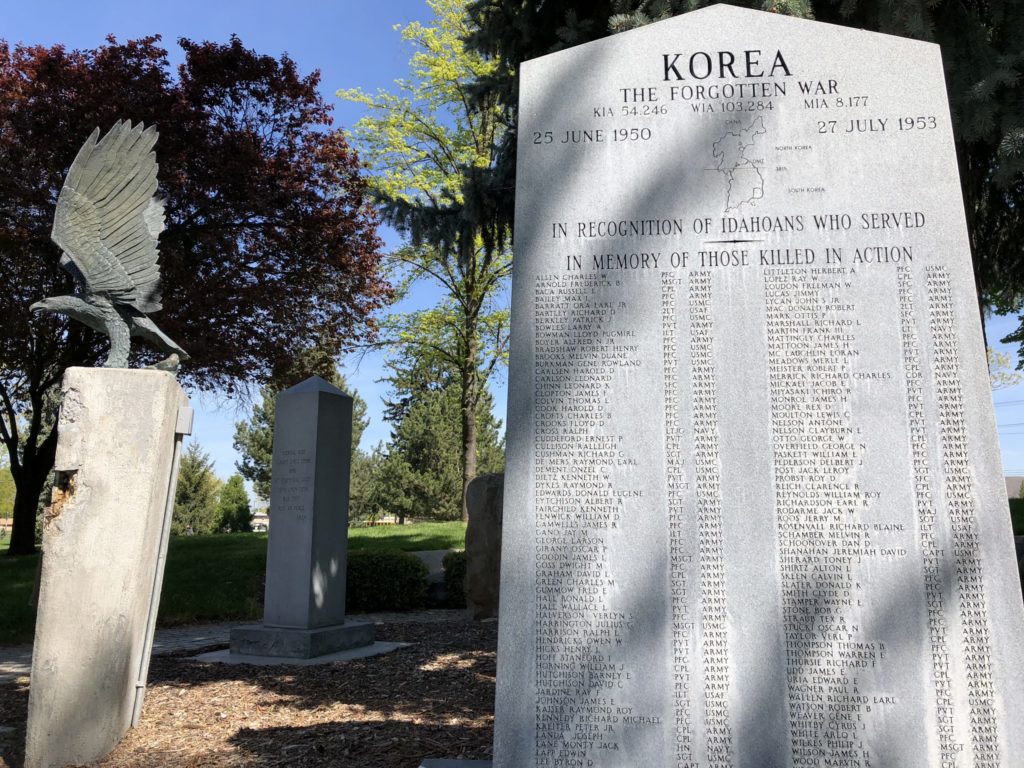 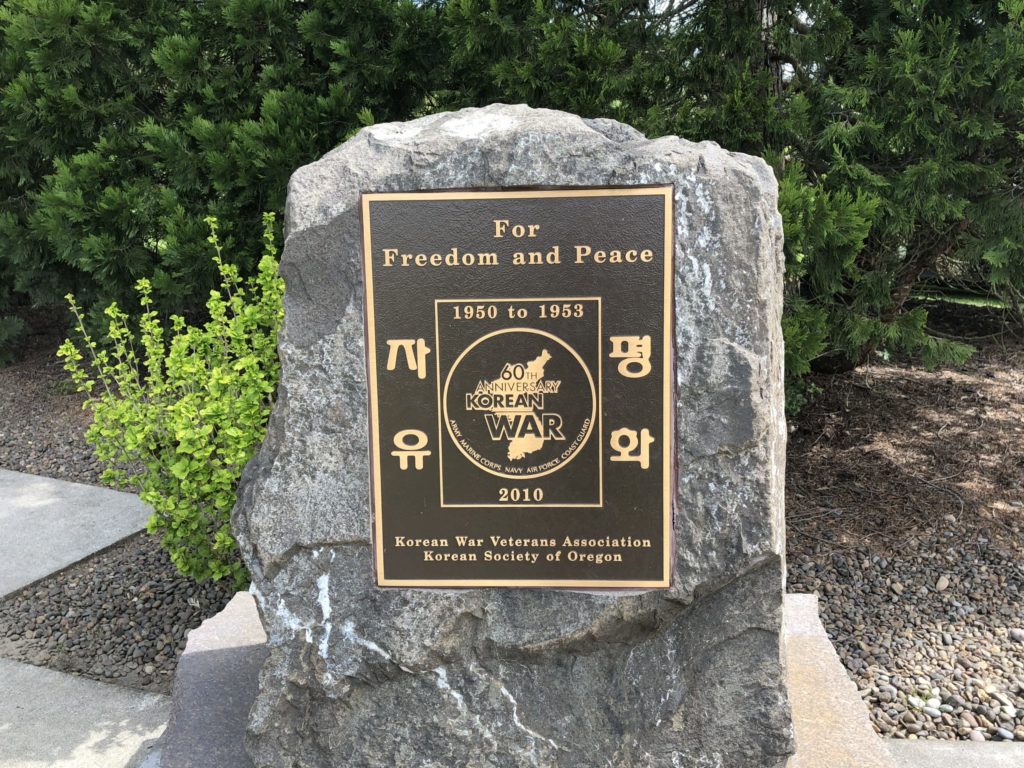 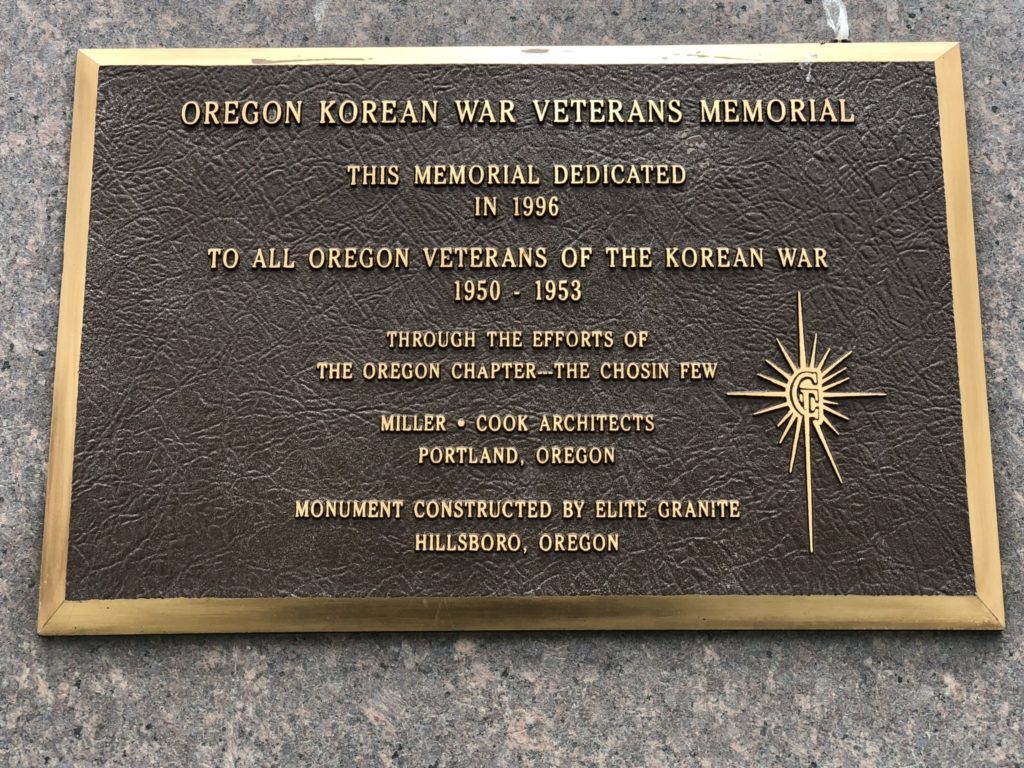 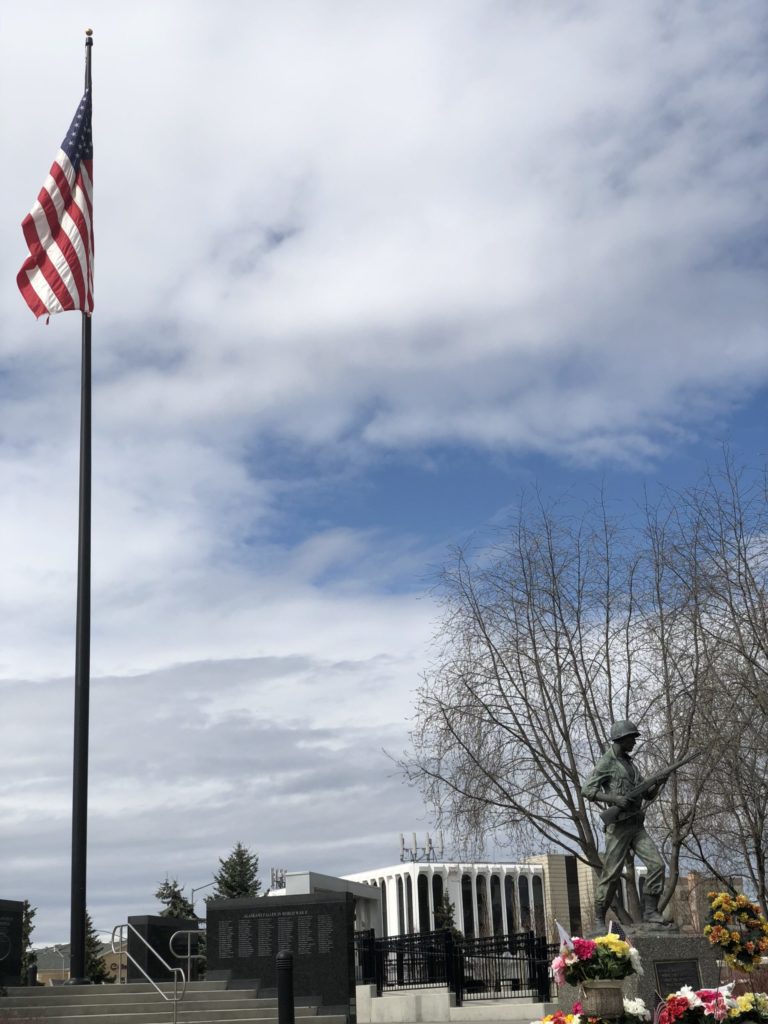 >> Okay, and my name is Walter Wideck, see, but they all call me Wally, well, from the time I joined the Army. I joined the New Zealand Kayforce, the 16th Field Regiment, which was a infantry regiment, of course. We went to Korea from 1951 to 1954. I returned home when the regiment returned home. I must say, I have never regretted my time in the Army because I met so many great people, who up until just recently because most of them are now passed away, we always had good friendships, and the same with the Korean people. We didn’t have much to do with the Korean people in the wartime because we were so far away from them. They, of course, were all moved south, as far south as they could go. They were hiding, and one of the Korean consorts that was in Auckland about a few years ago, he took me to lunch one day, and there were some elderly Korean women there, and they had their daughters with them. And one of the daughters said to me, “Wally, when you were in Korea, did you have anything to do with the young Korean girls up there?” And I said, “No, because we never saw them. We saw probably in the whole time I was there, up until the cease-fire, I would have probably seen half a dozen.” But what this mother of one of these girls said, “No,” she said, “They couldn’t see us. We were taken when the North Koreans came down. We were all pushed up into the hills.” And if you know Seoul at all, it’s got a ring of hills almost all around it, and they lived in the caves up there. So they never saw us, and we never saw them. But I made the little piece I added to that, and I said, “Quite honestly,” to the consort general, “if many of our boys had seen the girls that were arriving in New Zealand now, the Korean girls, every one would have married one.” And of course, the mother was in stitches.

>> What do you remember from the war?

>> What year were you? When were you there? From when to when?

>> Normally, New Zealanders were expected to do no more than 18 months. Most of them only did 12 months, but after the cease-fire in ’53, it became very hard to get replacements, so the strength went down, down, down. So they asked a lot of us to sign on for another 12 months, and that’s what we did.

>> I was almost 22 when I joined up because we weren’t allowed to go overseas until we were 21. That was a restriction with the Army, and I would have been just probably 22 1/2, so, yeah.

>> Happy birthday! My birthday is in 2 days. We’re both Taurus!

>> The best estimate that is given now because that 5,000 odd could be individual one, but people like myself, and there’s probably at least a couple hundred of them that signed on for the further 12 months. So what they relate to is that basically 6,100 or something served in Korea, but that was because those of us that did two tours, yeah.

>> But luckily, not too many, compared to other forces, died.

>> And I know you you’ve been very active in the New Zealand Korean War Veteran’s Association.

>> Yeah, well, I don’t know what to call it in Korean language or American language, but I got conned into it.

>> Twenty-nine years ago I got conned into being a treasurer.

>> I’m still treasurer because I don’t finish for about another 2 months. I’m the last person …

>> That’s a national body, a national association. The Auckland branch is still going.

>> But the national association …

>> And most of those, incidentally, most of those are ex-Navy because Navy boys went … They were allowed to go younger than us, so if they signed on as a seaman boy at 16 of age, which they could, or 17, we’d say, “Good.” And the ship that they’re on went on Korea, then they went with it. But we weren’t allowed to even think about going overseas until we were 21.

>> Because you were part of the Army.

>> And the Kayforce were all volunteers.

>> Except for the officers.

>> Well, no, it wasn’t the officers. It was one or two specialist people. In other words, a field gun had a specialist called an articipar, and he was responsible for keeping it repaired and because of that, he could … They had to have a limited number of them, one for each battery. So they would have needed at least 12 of them, yeah, six of them.

>> Have you been back to Korea?

>> The first time was 1984, yeah, and the last time was 3 years ago. And I was supposed to go to two more, but they wouldn’t let me go because the New Zealand government suddenly brought in a restriction that you had to have full medical insurance, and I couldn’t get medical insurance for some reason. I tried 12 different companies, and they all said, “Sorry.”

>> What did you think when you first went to Korea?

>> The first trip I did back was 1984, so I left in ’54, and 30 years later, 1984, we went back. That was the first trip from New Zealand that went back, that returned, and there was 21 of us on the trip. That included a couple of wives, but it wasn’t my wife because she said, “No, it was for veterans, so if I go, one veteran can’t go,” so she stayed home. And it was … Well, I couldn’t believe the changes because when we left … When we got on the train at Kopyang, I think, from memory, and headed down to Pusan, to catch the boat to Pusan. The train was chockablock, and when you looked around, there was nothing. There was two or three small buildings in Seoul. That’s all there was, nothing else. Everything had been wiped, but things like the American PX was doing a good trade in the middle of Seoul. Yeah.

>> But it was so different when you went back.

>> It was so different! The first trip back, and, wow, it had made huge … Pardon me. Huge … My trouble is, I can’t even think properly now. The difference, the changes, were absolutely unbelievable. Yeah.

>> In 2001, I made a trip up, which just included … That was put on by the Metropolitan City of Pusan and the mayor and all his councils, and my wife came on that, the only trip she did that. But she was very regretful when she got home. She said I should have taken those other opportunities earlier, but she didn’t.

>> Well, I’m so glad you got to see the the changes and the contributions that you made.

>> Wow. Look at the Lotte Tower, which is just about to open this month. The last time went up, 3 1/2 years ago, the Lotte Tower was just belowground. They had just finished the base part of it, and I saw it and how it was opening.

>> Again, I hope you’re very proud because that was part of what you fought for.

>> Well, I’ll tell you what, as I said earlier, I never regret 1 minute signing on to go to Korea as a volunteer.

>> I have met so many Korean people in New Zealand, heaps, in fact, the last one …

Have you ever won big at the casino?

Yes, I have won big at a casino before. It was the lucky tiger casino and I walked away with over $10,000 in winnings. It was an amazing feeling to hit that jackpot and I’ll never forget the exhilaration of walking out of the casino a winner.

You can make confident the custom research papers you get from lawessaywritingservice a college research paper writing service company would be exceptional and it would answer or perhaps amplify the questions which you’ve posed to your academics.

Players in other countries may see all available payment methods by clicking, but Australians must narrow the list down to those that are applicable to their country. The options are as follows: eCheck, Bank Transfer, Cash on Delivery, and Credit/Debit Cards. With SSL 256-bit encryption in wild joker casino login and your financial data is safe. Australians may shop worry-free using any major credit card, debit card, prepaid debit card, bitcoin cash system, or Upay card. There are two deposit options for you to consider: Mastercard or Maestro. All methods of payment have a maximum $10 limit. Except when an alternative is available, the withdrawal process is the same as getting cash from an ATM.

Do you have any tips for choosing a good online casino?

There are definitely a few things to consider when choosing an online casino. The first is to make sure that the king-johnnie.casinologin.mobi is reputable and has a good record of paying out winnings. You can check this by reading reviews from other players or looking for licensing information on the casino’s website.

Usability of the payid australia casino

PayID Australia Casino provides a secure and easy-to-use payment platform for online casino players in Australia. With PayID you can quickly and safely make deposits directly from your bank account without the need for any third party banking services. Moreover, payid australia casino https://dud.edu.in/darulifta/?qa=user/hellspincasino also offer 24/7 customer support, quick withdrawals, fast payouts and exclusive rewards to our loyal players. With us, you enjoy hassle free payments with no hidden fees or commissions so that you get the best value when playing at our casino online!