>> Okay. I’m Alan Everett. I’m not Australian. I came from England originally. I served in the First Essex Regiment, and in those days, in 1952, all the British men at the age of 18 conscripted, and so I was conscripted, and I elected to stay in the army for 3 years rather than just 2 years National Service because that was half pay, and I served in Germany, then Korea and then Hong Kong, so that was my 3 years which was spent mainly overseas. I was very fortunate in my training because I was trained to be a signalman, so I went to the School of Infantry in England, and in that School of Infantry, all the officers and NCOs all combined in their exercises, so it was quite an all-embracing training, so I then went to Germany, and then my battalion got moved to Korea, and we arrived just after the ceasefire, so I’m not a peacemaker. I’m a peacekeeper. So we were stationed on the southern bank of the Indian River for 12 months, and that was incredibly cold and incredibly hot, and we didn’t get to see much of the people because we were in a defensive position, and so most of the stories we heard were from the previous people who had been through the war itself, so that was quite a challenge, and I found since I left the army and I was trained in Hong Kong, as a national servicemen, you’re allowed to get some retraining to get back into civilian life. I wanted to go to agriculture college, and I had to study chemistry to meet my qualifications, so I went to the Royal Agriculture College at Cirencester in Gloucestershire, and I did my course there. Farmed in England, met my wife Nicole who you’ve met, and we had been together for 8 days, and then I came out to Australia, so that was quite [INAUDIBLE], and when I arrived in Australia, I got myself a job. It was great. A year later, I rang up and proposed to Nicole, and she came out with her mother, and we got married over here, so quite a different story to what you expected, I guess. So my servicing career, I did so much there because I was working in the signals office, and being part of the brigade and the companies that reformed our defense positions, so I was in contact with people all the time, so when the opportunity here came available for to be a secretary for the Korea Veterans, I offered to take that job on, so I’ve been National Secretary for 8 years, but I haven’t been involved in the war side of the whole thing. The impact of the Korean War hit me when I had been here some time because the Australian soldiers that came back from Korea were not recognized as having been part of a war, and they were actually refused entry, particularly in New South Wales, to go into the returning servicemen’s clubs. They said they weren’t eligible to be members, and that took some time to overcome which is very sad, but that’s the sort of reception the Australian soldiers got when they came back to Australia. We didn’t have that in England. We just went back, and we just got on with our jobs, and it was no problem. Here in Australia, in Maldon, every year, we have a church service run by a Korean church in Maldon, and we have one of our biggest attendances of the year. We have about 90 people turn up, and about a good half of them will be veterans, [INAUDIBLE] one, and one day I was standing next to a father with his little Korean boy, and the little boy talked to his father and said, “Why are all these people here?” His father thought for a bit, and he said, “Well, without these people, I wouldn’t be here. Your family wouldn’t be here, and you wouldn’t be here.” I think that says it all. It’s such a moving experience to me. I found that quite fascinating, and the Korean community here are so helpful and want to look after the veterans as we get less and less, so it’s a beautiful encounter, that was. Now, we’ve given you the background to the memorial in Queensland, in Cascade Gardens. To me, that is the most beautiful memorial that anyone could make for any country. It’s a tribute to the people of Korea as well as the veterans from all nations who served, and when you see it, there’s a whole history that goes with it, but it’s well worth it, set aside in a beautiful park, and it depicts everything that is Australian and Korean. It’s just so well … And then, there’s another little memorial in Alexandra Heads, which a small association got formed in Queensland and the Sunshine Coast, and they made it specific for their veterans, so they’ve got this wall, and when one of their members dies, they put a brass plaque on the wall with his name and his service record on it, and I think that’s another one of the best memorials I’ve ever seen, so that’s my story. 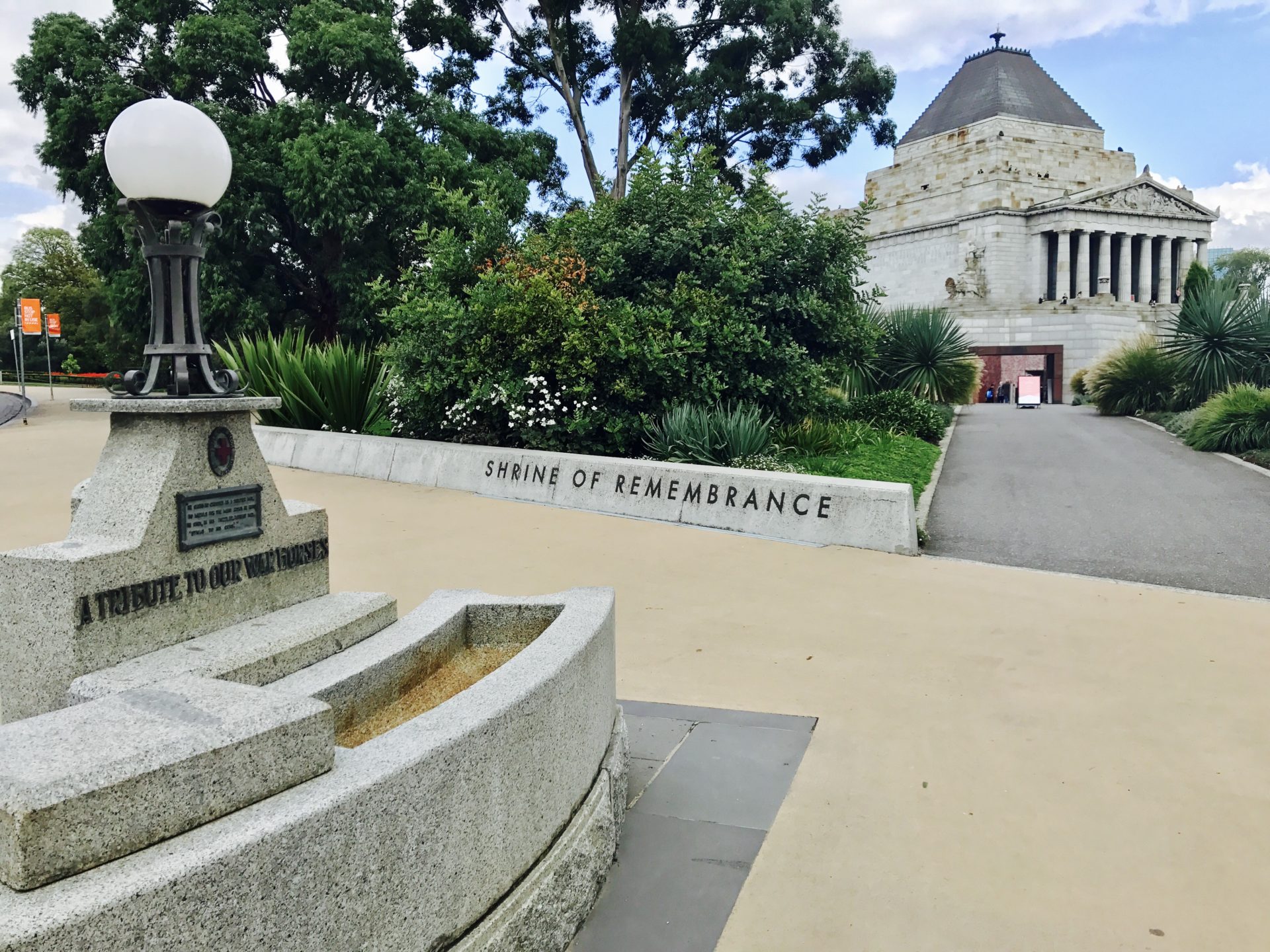